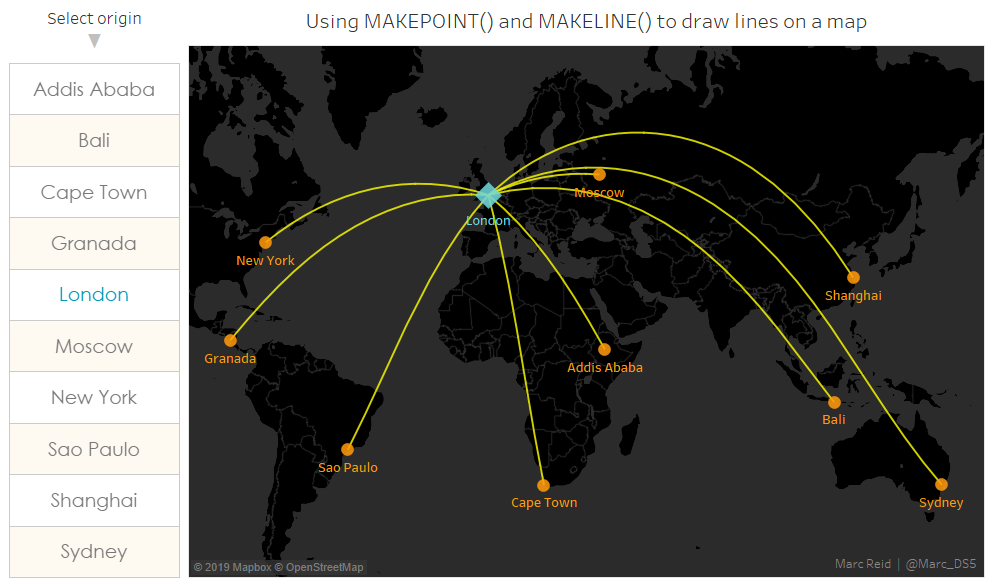 Version 2019.2 of Tableau is probably the biggest release I’ve seen since starting to use the product in early 2017.

The ability to dynamically show and hide floating containers along with the functionality to pass values from your data in the view through to parameters with the new Parameter Actions has opened up some really interesting possibilities for user interaction.

From Dashboards to Apps?

Being able to create popup windows, which, for example, could be used to access: filters, configuration settings, a search screen, credits and information etc., could – if desired – give dashboards a sort of ‘app’ feel.

Where, in the past, you had to use Tableau’s built in UI objects (option buttons, check lists, date selectors etc.) to set values for parameters, you can now source the values for these parameters in your data and create a completely custom interface in which to do that. This approach won’t always make sense, of course, but the option is now there for when it does.

Workbook with examples of new features

During the 2019.2 beta cycles I created a number of sample workbooks as I tested out and began learning the new functionality. Some of the examples I built were more for fun and just experimenting with what was possible, others have a more real-life purpose.

I’ve put many of these examples together in this workbook, which can be downloaded from Tableau Public.

The workbook contains the following examples, some of which you may recognise from my twitter feed over the last couple of months:

There’s examples for creating custom UI elements, such as pseudo slider bars and hover over buttons (not the intended use case, I’m guessing, but fun to play around with nevertheless) as well as for dynamically changing reference lines and filters as well as capturing the value of Measure Names. Take a look at my parameter actions blog post for more details on one of the use cases.

Some examples include creating popup charts and adding filters ‘in place’ next to the charts they affect. There’s also one of my favourite use cases of showing a help overlay screen, which you can read more about here.

There’s a dashboard showing the normal map type along with the three new types: Satellite, Outdoors and Streets. The new vector maps look crisp and allow for much smoother zooming and panning. I had a closer look at these when they first arrived on server in the 2019.1 release.

There’s an example of this new, much welcomed, feature.

I’m a bit late to the party on this one and will definitely be exploring more, but there is one example of this great new feature that allows you to create spatial points dynamically from textual latitude and longitude values and then create a line using those two spatial points:

The above example was surprisingly simple to make and only uses two main calculations (with a couple of others for formatting):

MakePoint Destinations – to plot the destination points on a map

MakeLine From To – to draw lines between the selected origin (using a parameter action) and the destinations:

The workbook with all the above examples can be found here.

More Examples from the Community

Filippos Lymperopoulos has a number of great blog posts on new functionality such as this one on Parameter Actions.

Dorian Banutoiu provides some other creative examples of the new features in his blog post here.

Kevin Flerlage has put a large collection of Parameter Action use cases together, which you find here.

If you’re interested in exploring Tableau’s new features before they are released, head over the Tableau’s get-beta site to sign up. It’s a great opportunity to try out new use cases as well as provide feedback that can really impact how the product is developed.